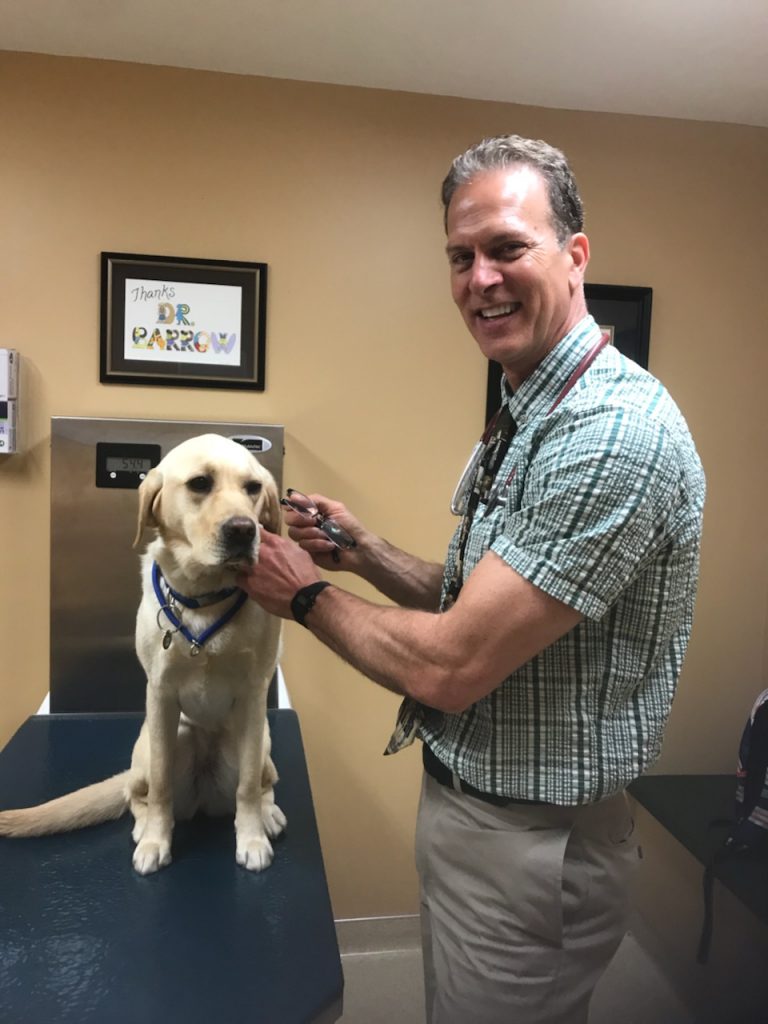 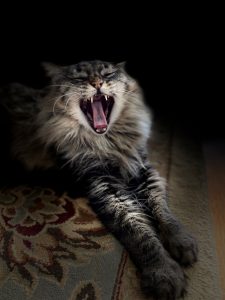 Dr. Barrow grew up in Duxbury and graduated from Duxbury High School with the class of 1982. He has been a resident of Marshfield since 1991. He received his B.A. at Tufts University in 1986, majoring in mathematics and graduating with honors. After spending a year in Lexington, Kentucky breeding thoroughbred horses and visiting with an equine veterinarian he started veterinary school at Tufts University and graduated in the top 10 percent of his class in 1991. His veterinary career began at Kingston Animal Hospital in 1991, and then he moved to New Hampshire, working at a small animal practice in Amherst for one year. He returned to Massachusetts in  1995, working eight years at Roberts Animal Hospital in Hanover. His work there included emergency shifts as well as practicing general surgery and medicine. Dr. Barrow has a special interest and extensive experience with internal medicine, oncology and general soft tissue surgery. He has experience treating small mammals such as ferrets, rabbits and guinea pigs. He is a member of American Veterinary Medical Association (AVMA) and Massachusetts Veterinary Medical Association (MVMA) and maintains his skills through yearly continuing  education. He resides in Marshfield with his wife Donna, son David and daughter Katherine along with their golden retriever and two cats. 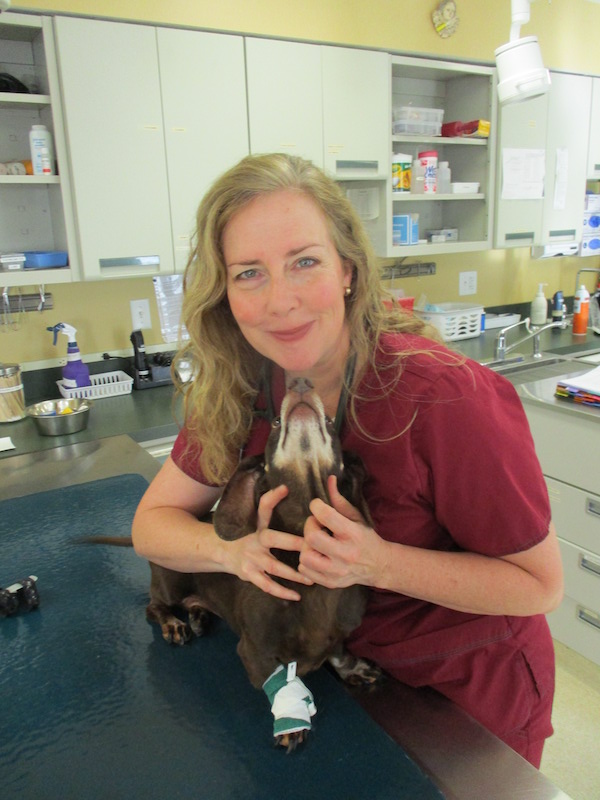 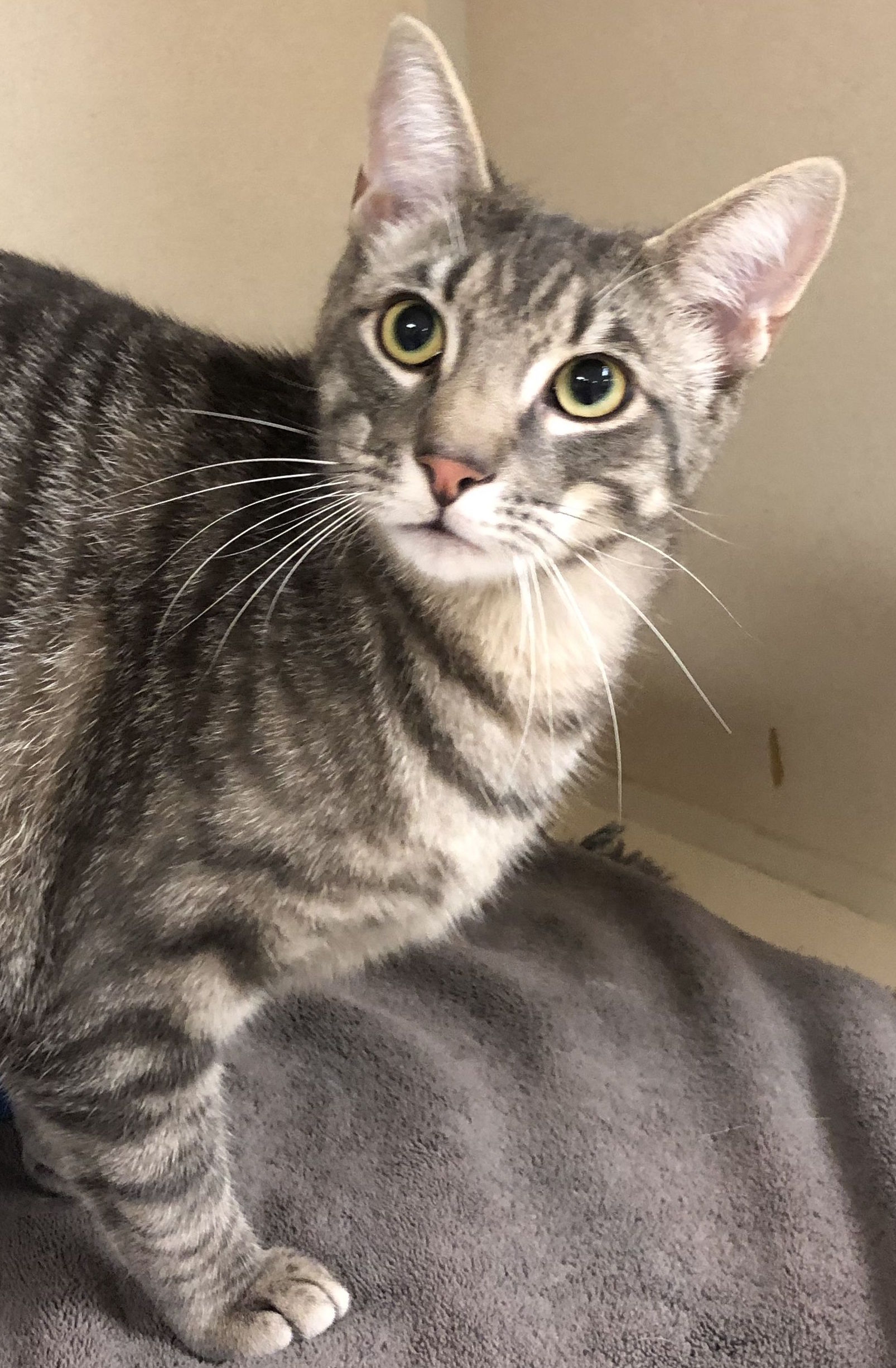 Dr. Ravanesi graduated from Smith College with a Bachelor’s in Biology and Psychology. She received her veterinary degree in 1993 from Tufts University School of Veterinary Medicine. She practiced at hospitals in Winchester, Ashland and Hingham before coming to Marshfield Animal Hospital. Her interests lie in geriatric medicine and surgery. She loves getting to know her clients and their pets and keeps them healthy with compassionate care and understanding. When she’s not at MAH, she enjoys gardening, photography and yoga. She has 2 Tibetan “terrors” named “Duffy” and “Rosie” and 4 rescued cats: “Manny”, “Riley”, “Louie”, and “Ella.” 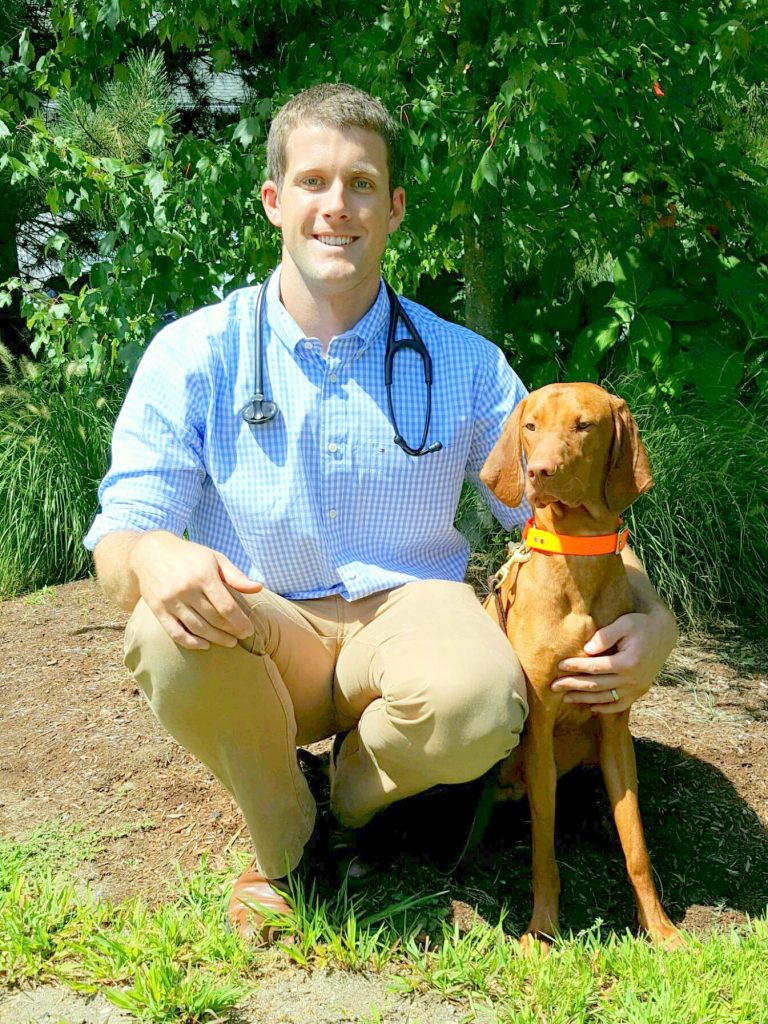 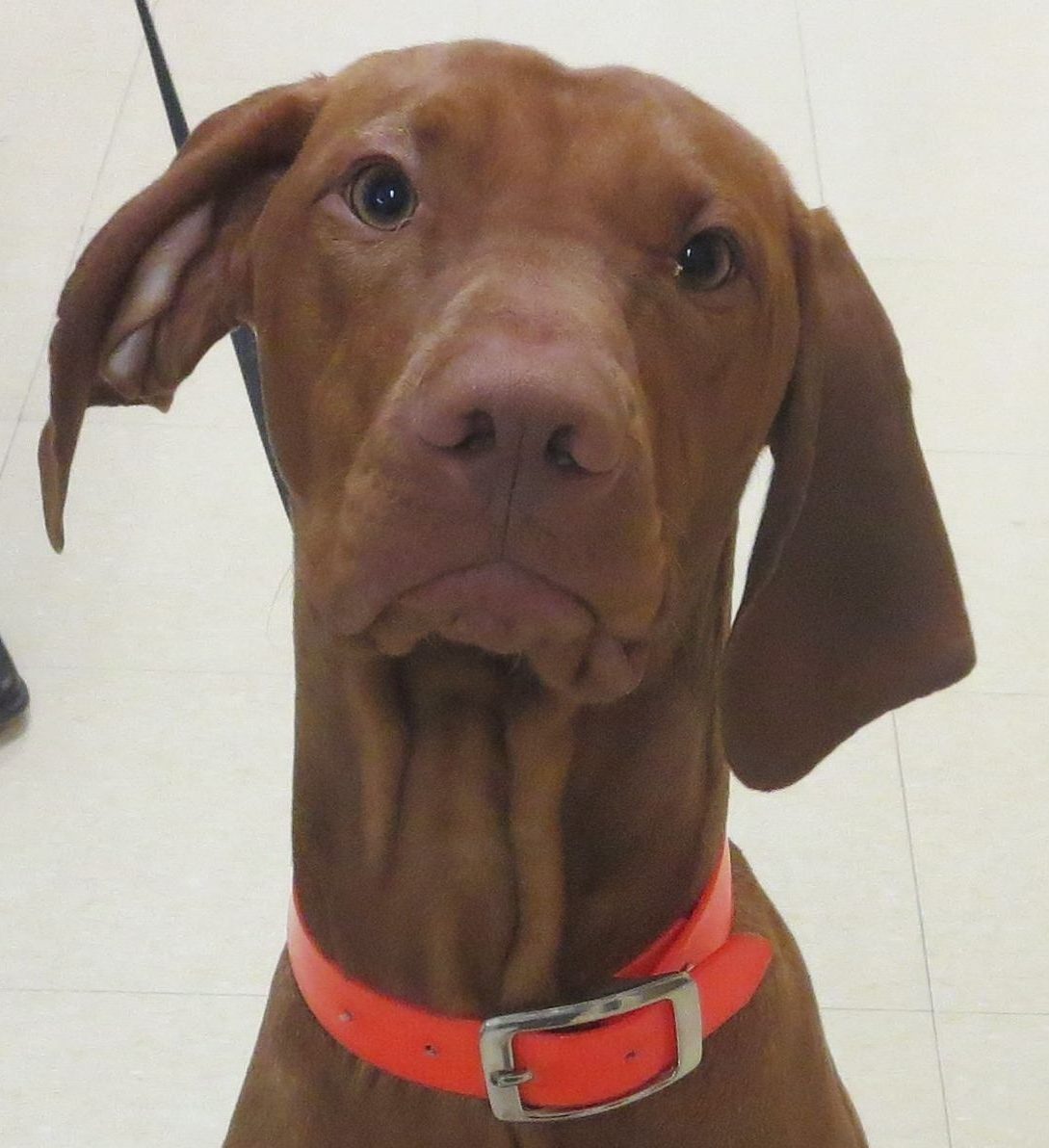 Dr. Powers received his Bachelor’s Degree in Animal Science from the University of New Hampshire. He then complete veterinary school at the Atlantic Veterinary College in Prince Edward Island,  Canada, graduating in 2015.  Following that, he completed a rotating medicine and surgical internship at VCA South Shore. He has special interests in dentistry and pain management. Dr. Powers originally grew up in Harpswell, Maine, harvesting seaweed and working at a marina during the summers. He and his wife currently live in Scituate with their Vizla ‘Cisco’ and cat ‘Flurry’. Dr. Powers enjoys most outdoor activities, especially hiking, boating, golfing and skiing. 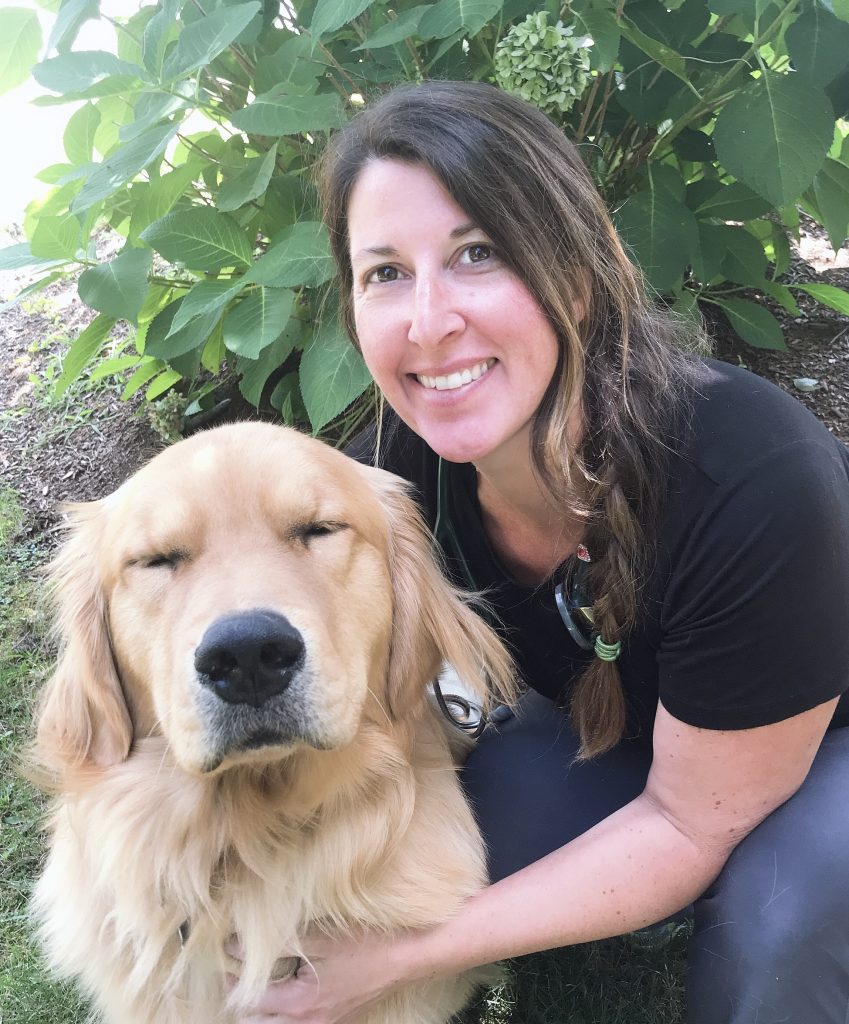 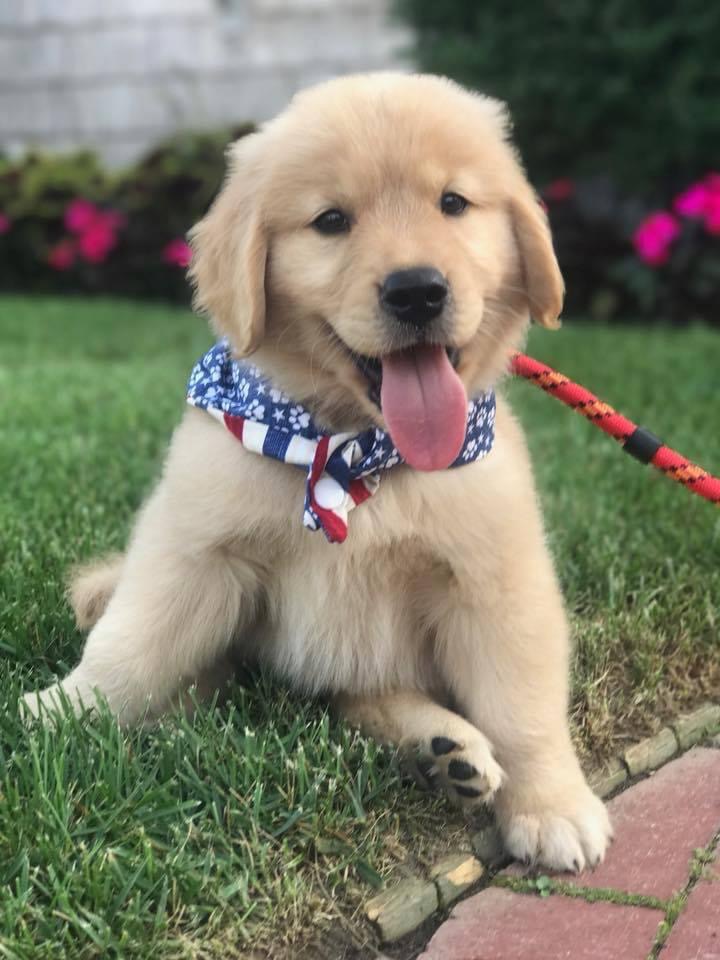 Dr. Desmond graduated with her doctorate from Ross University and completed a clinical year at Virginia-Maryland Reginal College of Veterinary Medicine. Dr. Desmond previously worked at hospitals in Ashland, Canton, and Martha’s Vineyard before coming to Marshfield Animal Hospital. She has a special interest in internal medicine, surgery, and preventative medicine. While not working, Dr. Desmond enjoys yoga and scalloping.  She lives in Marshfield with her golden retriever named Paddington and three cats named Napoleon, Sensi, and Sam. 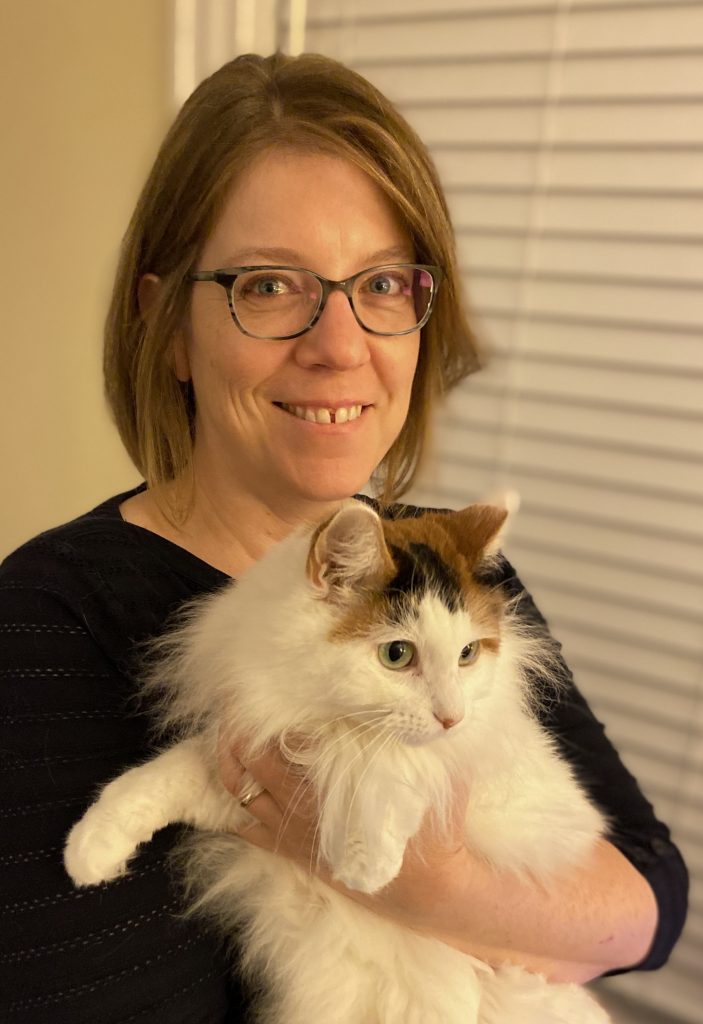 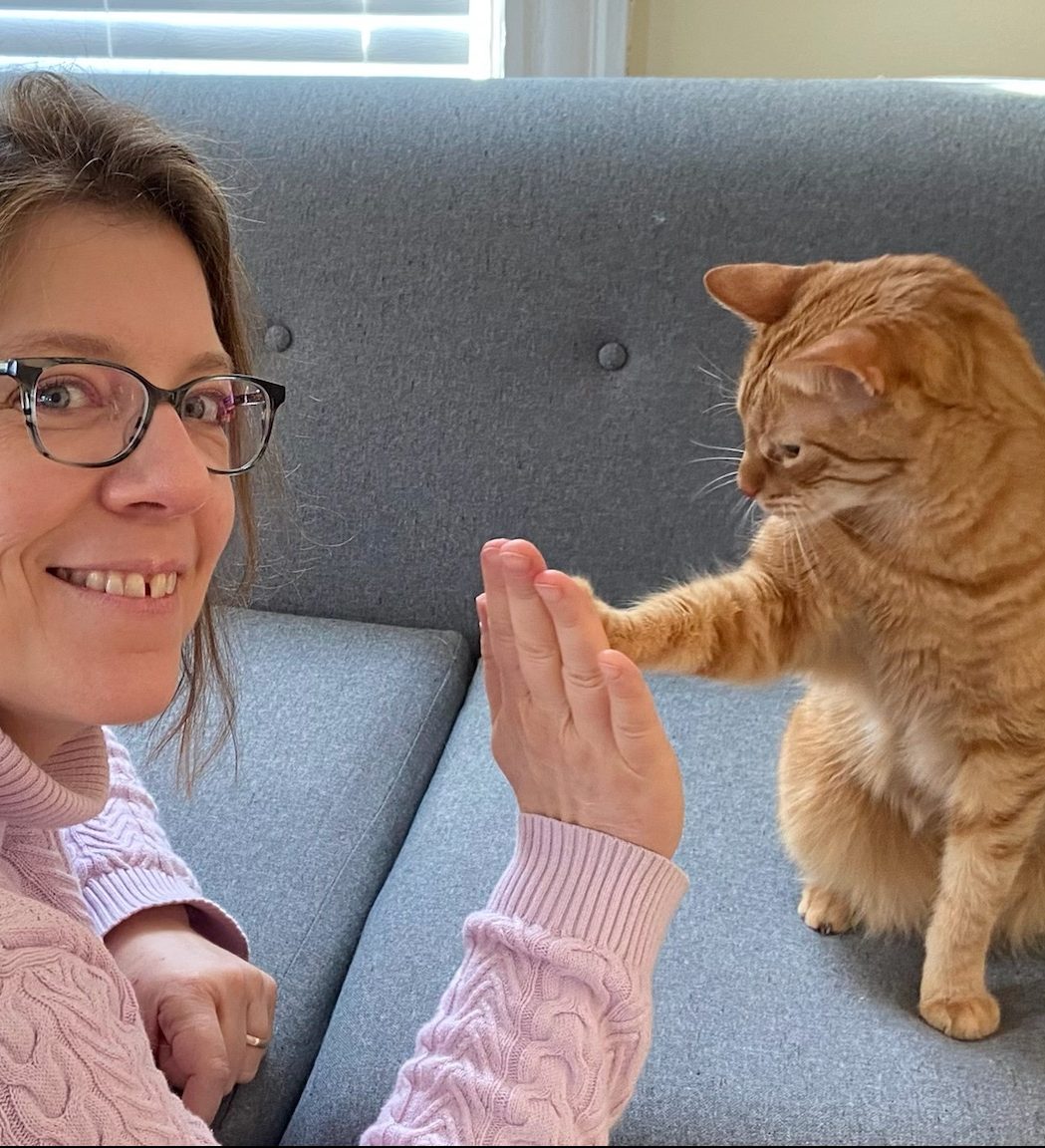 Marshfield Animal Hospital is pleased to welcome Dr. Ruth Fundyga to our team.  Dr. Fundyga’s love for animals began when she worked as a veterinary assistant as a high school student in Maryland and as a volunteer at the National Zoo in Washington, D.C., while in college.  After graduating from the University of Maryland with a degree in zoology and the University of Georgia with a Ph.D. in population genetics, she attended the University of Georgia’s College of Veterinary Medicine to fulfill her dream of being a veterinarian.  After receiving her degree in Veterinary Medicine, Dr. Fundyga and her husband Neil, settled down in beautiful Plymouth Massachusetts.  After many years of caring for her patients at another practice on the south shore,  we are excited to have her join us at Marshfield Animal Hospital.  Dr. Fundyga’s medical interests lie in preventive care to help keep pets and their families healthy, dermatology, internal medicine, palliative care, and feline behavior and medicine. She is a member of the American Veterinary Medical Association and the American Association of Feline Practitioners.  Dr. Fundyga and her husband share their home with two cats. Mrs. Beasley is pictured. Herbie had things to do.  In her free time, she enjoys hiking, gardening and reading. 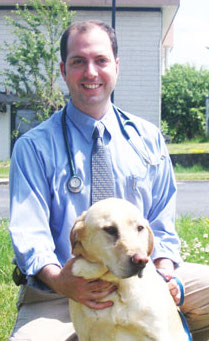 Dr. Glazer graduated from Tufts University School of Veterinary Medicine in 2000.  He completed a small animal internship at the Veterinary Referral and Emergency Center in Norwalk, CT and became board certified in internal medicine in 2007.  Dr. Glazer works with New England Veterinary Services providing traveling ultrasounds. Dr. Glazer is available for referring veterinary practices for outpatient ultrasounds, and we are pleased to have him perform this procedure for our patients during select days at Marshfield Animal Hospital.  Please contact us to speak with one of our team members regarding appointment availability. 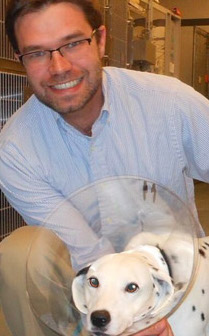 Dr. Townsend was born and raised in Florida. He entered veterinary school at the University of Florida as part of their early acceptance program and went on to receive his veterinary degree in 2006. Shortly after graduating, Dr. Townsend relocated to New England and started a rotating internship at Ocean State Veterinary Specialists. He remained in Rhode Island for the next 4 years where he completed a surgical internship and a surgical residency. In 2012, Dr. Townsend became board certified in surgery.  Over the past few years he has authored publications on such topics as bone marrow aspiration and skin grafting techniques. Dr. Townsend’s areas of interest include soft tissue reconstruction both from trauma cases and tumor resection, fracture repair especially internal fixation techniques and neurosurgery. We are pleased to have Dr. Townsend available to our patients during select days at Marshfield Animal Hospital. Please contact us to speak with one of our team members regarding appointment availability.

Complete the forms and
receive $25 off your first visit.

HAVE A WELLNESS VISIT SCHEDULED?

If you have a visit scheduled please fill out our Pre-Visit Questionnaire. 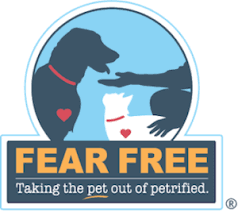 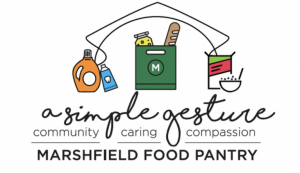