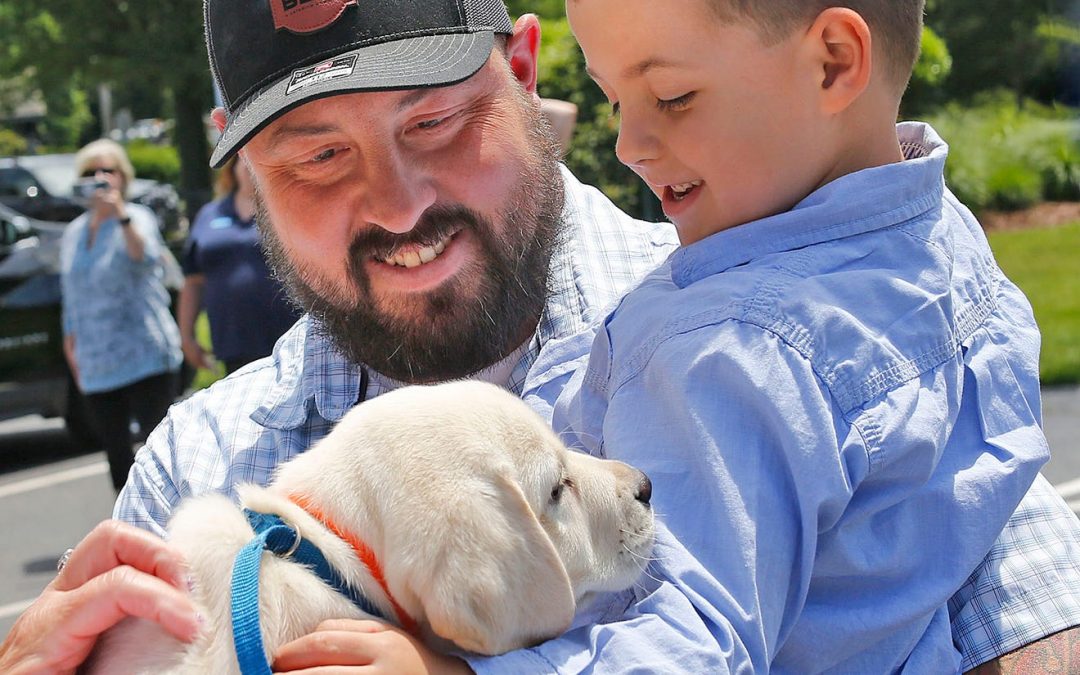 From The Patriot Ledger:

“Owner of Marshfield Animal Hospital Jeffrey Barrow, a veterinarian, said not only were they thinking about the dog’s last minutes of his life in the fire, but of the family.

‘Unfortunately, we saw the aftermath when they brought in Timber,” Barrow said. “We were deeply affected. It was really tough.’

Barrow said he initially reached out to Dustin Brady over the phone, but his voice mailbox was full, so he wrote him a letter offering to help the family find a new puppy.

Barrow said they didn’t know if the family would be ready to accept a new puppy into their lives at that point, but the timing was right as they knew of a Duxbury Labrador breeder that had a litter that would be available in the spring. “